Homemade bread is the greatest when it comes fresh out of the oven with real butter and strawberry jam.  The recipe I have (more) makes 4-5 loaves of bread depending on the size of the pan.

It really works great to eat one loaf and wrap the rest of the loaves up and put them in the freezer for later.  I take the loaves out of the freezer one at a time as we need them.  But sometimes that frozen loaf just doesn’t sound quite as tasty as one fresh out of the oven, still steaming hot.

I looked for directions or a recipe on the internet but I didn’t find anything on how to make bread dough for the freezer.

I decided to do some experimenting.  (I love to experiment with different things, just so you know sometimes it doesn’t work out, but this time it was great!)  Anyway back to the bread.

I used my favorite bread recipe (just follow this link) and made it just like I normally do.  Except for this time instead of letting it rise and then putting it into the oven, I put it into the greased pan and covered it with plastic wrap.

I didn’t give it time to raise I just popped it right into the freezer pan and all.  After it had been in there for a week I finally found the time to pull it out and see what it would do.

I set it on the counter and let it thaw out and raise until it was just barely to the top of the side of the pan.  I left the plastic wrap on but I think I would take that off and cover it with a towel.  It think when I pulled the plastic wrap off it upsets the rising process a little because it stuck to the dough.

It took most of the day to rise in my house.  The amount of time would depend on how warm your house is.

After it had risen, I popped it into a pre-heated oven, 350 degrees. I cooked it at this temperature for 10 minutes.  I lowered the temperature to 310 degrees and let it cook for 20-30 minutes longer until the top crust was brown.

I took it out of the pan to cool and rubbed it with butter.  MMM, it smelled so good and tasted even better.  What a great way to have homemade bread when company comes, without making a big mess!  I think next time I will try putting the bread loaves on waxed paper on a pan and put it into the freezer.  After it is frozen I will put it into a container so it takes up less space.  I think it will work!

I hope you enjoyed my blog post.  I would love to hear your ideas, just comment below.  Be sure and share this post with your friends.   Maybe you will be the lucky guest at their home and they will share their hot loaf of bread. 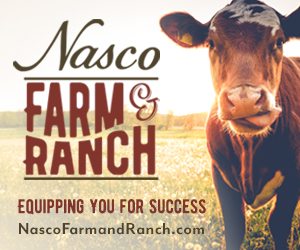